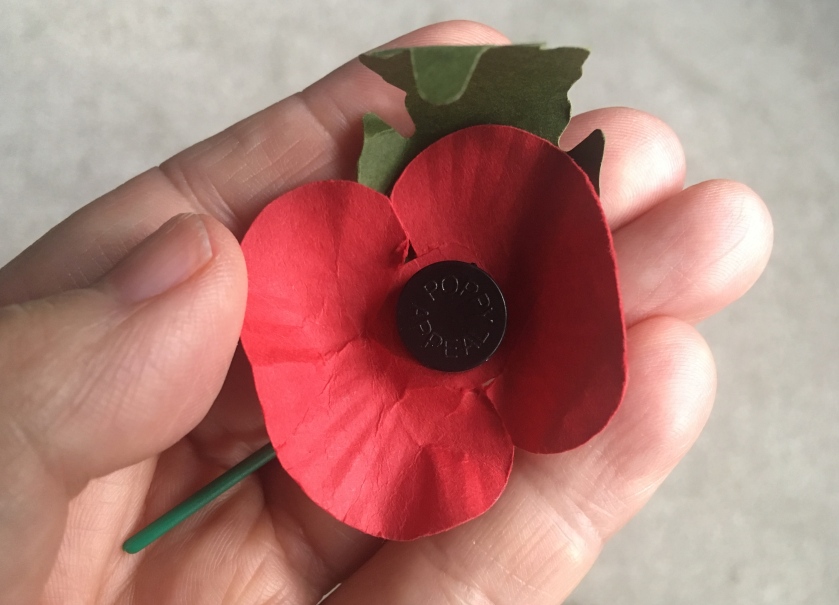 This is where Lloyd died. His date of death is recorded as “22nd March 1918, presumed on or since” in his military record. The two documents below are distinct in our collection of letters for being typed and formal. The first document is not a letter at all; it is account of the battle. Was it given to my Grandfather or did he type it up himself, copied from a newspaper perhaps? The yellowed paper is coarse and friable and initially I assumed it to be of poor quality. I forget that this is a document of considerable age – held  up to my computer screen a watermark shines through, a trade name in Gothic print that I cannot identify. The darkened top half of the paper indicates that it lay exposed to sunlight, or tobacco smoke (or both) for years, with lighter areas revealing the outlines of other discarded documents placed on top.  I fancy the account was not read much, but neither was it thrown into the fire because of the trouble taken to type it all out.

We have no official record of Lloyd’s death but the second letter seems to answer an enquiry of Grandfather’s as to where Private W.J. Lloyd Mabey was laid to rest. Lloyd was  killed on a day when the battalion is recorded as losing 150 soldiers (and 4 officers),  these heavy losses sustained whilst in retreat.

“The efforts and sacrifice of the battalion contributed to the delay in the enemy’s advance, which was one of the main causes of his ultimate failure.” 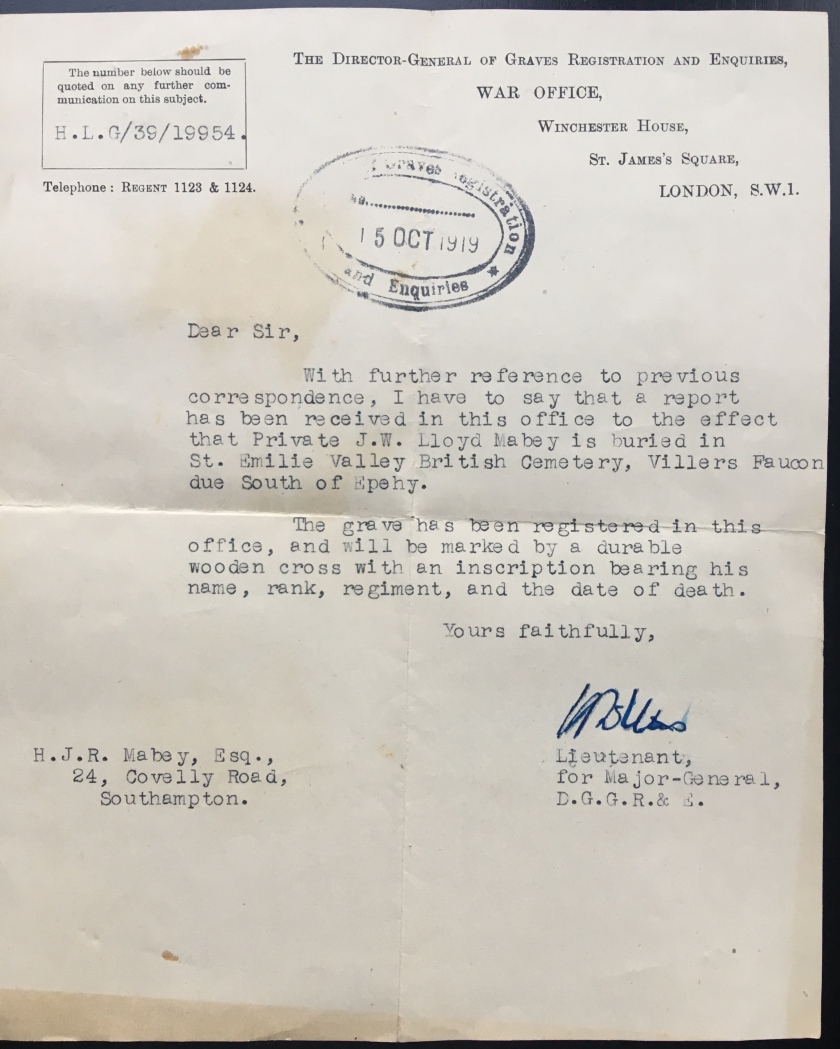